The Artistic Village is home to the first museum where visitors can explore the past and learn about the art of ceramics from its beginnings to the present day. Entrance is free. 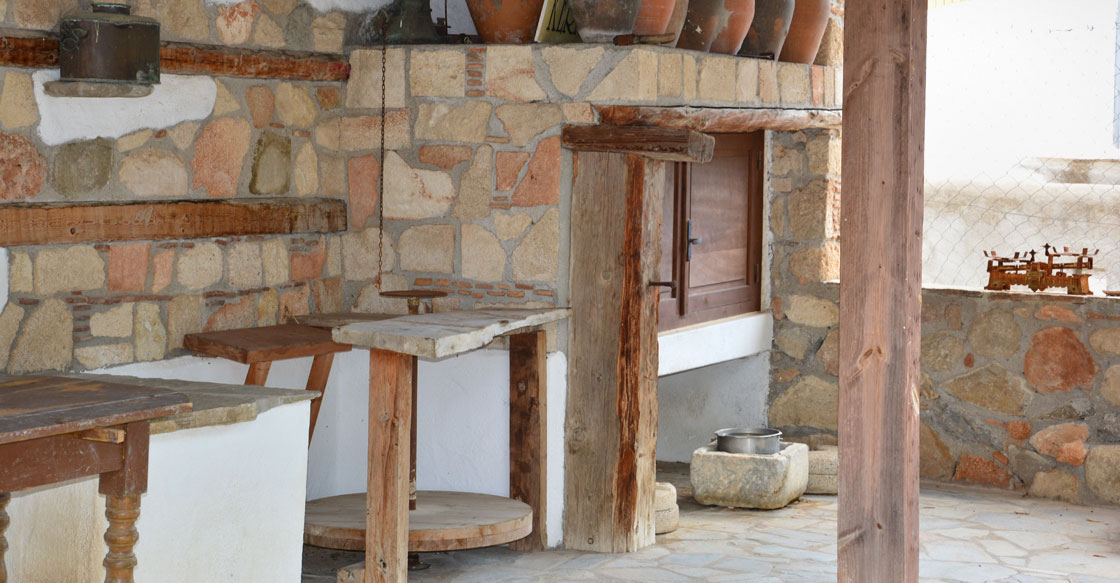 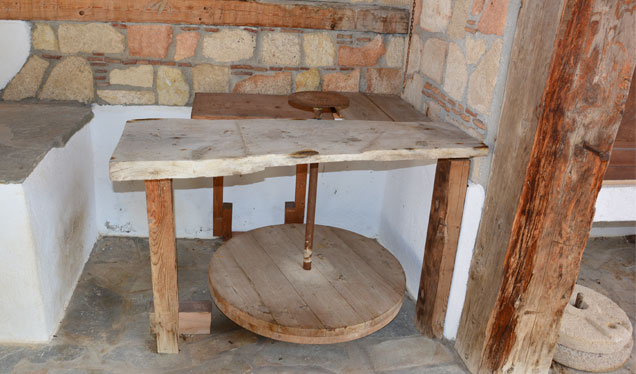 The workshop is where the craftsman works on the pottery.  It is usually a long, narrow room which is often roughly built, and the only comfort it offers to the craftsman is that of an adequate space in which to work. The potter’s wheel is in a corner of the room, along with the bench where he sits to work and, beside the wheel, there is a wooden plank where the potter can place his work for a while to dry out somewhat before he puts it away tidily in its proper place in the workshop.

Three different types of soil, from three different areas of Rhodes, are used to make the clay.  The process for turning the soil into clay involves adding colour to a basin, then mixing the soil and filtering it from one basin to the next.

You could say that the potter’s most important tools are his incredibly skilful hands.  He uses very few other tools, and these are extremely simple and are merely aids to help him.

Kilns were usually round.  They were stone built and firebricks were used for the arches which supported the different levels.

Placing the ceramics in the kiln

The pieces of pottery were placed in the kiln in a specific order, which the potter followed meticulously. This had three benefits: it allowed as many items as possible to be fitted in the kiln, it avoided things being damaged and meant that all the pieces of pottery were fired correctly. As with most jobs which were done in the workshop, at least two people were needed to place the pottery in the kiln – the master potter and his (absolutely essential) helper.

Finally, the kiln door was built using mud, broken pottery or anything else that was handy. Now the kiln was ready. The fire was lit on the lowest floor of the kiln, through the door.

As for opening and emptying the furnace when the pottery was ready, the only thing that the potter had to do was to break down the door he had built.  Of course, he had to wait until it had cooled down before he could do that. 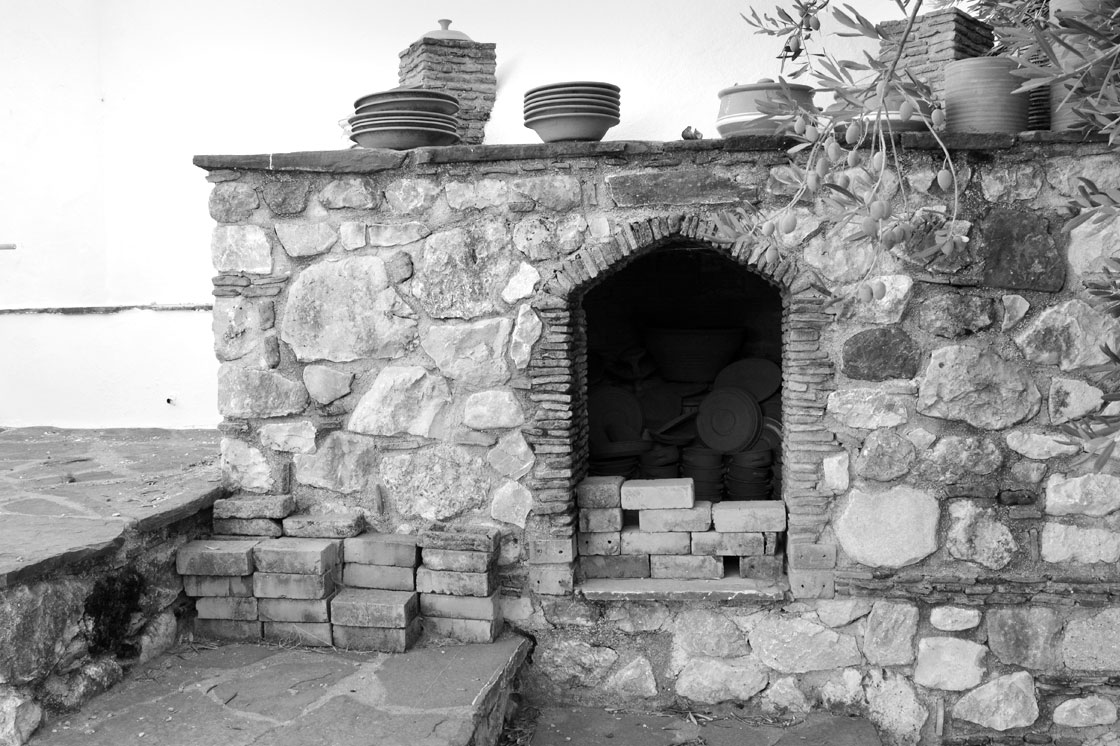 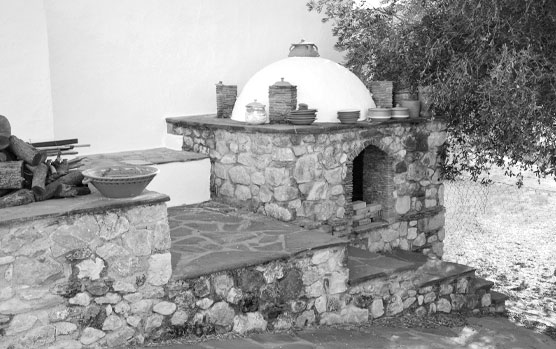 What happened in the past

In the past many, many items were made from ceramics.  In fact, potters made all kinds of household goods.  We should also mention that the ceramics were not glazed or painted.  After 1915-1920 some items mainly plates, began to be glazed using various materials.

People felt a strong tie to these ceramics.  They started their journey through life with a ceramic item and, at the end of that journey, they were laid to rest under a clay plaque. Ceramics were also essential parts of the most important events of their lives: baptism and marriage.